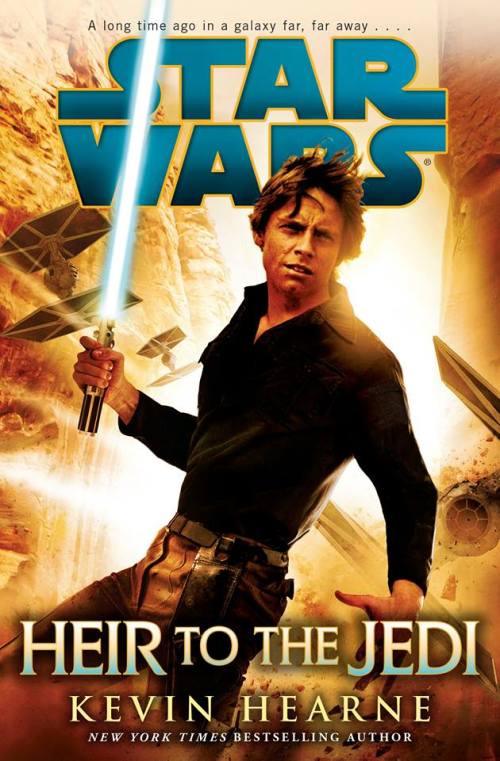 Anyone who knows me or who has visited this site very often knows that I’m a huge Star Wars fan. Return of the Jedi was the first movie that I ever saw in a theater; and I still have a modest collection of the original Star Wars action figures, including Boba Fett and the Emperor that you had to send off for through the mail. My torrid love affair with the expanded Star Wars universe began like it did for most fans my age- with Timothy Zahn’s Heir to the Empire. Books that continued the Star Wars story?! No way! I had to have it. I was in the seventh grade at the time and I still remember the thrill of reading that novel, and the agony of having to wait for the next one. From that point on if it was Star Wars, I bought and read it. That era of books was decidedly hit or miss, quality wise. You had some truly great books, like those written by Zahn, or the X-Wing series by Michael Stackpole and Aaron Allston; some pretty “meh” ones, like the Jedi Academy Trilogy by Kevin J. Anderson; and then some god awful ones like the Black Fleet Crisis trilogy by Michael P. Kube-McDowell and The Crystal Star by Vonda N. McIntyre. But of all the Bantam Era novels, my favorite by far was I, Jedi by Michael Stackpole. Not only did it star my favorite EU character, Corran Horn, but it was written in first person! For the first time we got to see what it felt like to be trained as a jedi and use the force from a character’s point of view!

Ever since that novel I’ve longed for someone else to write a book in first person; so when this new slate of canonical books was announced and I saw that not only were we going to get a book written in first person from Luke’s point of view, but that it was being written by one of my favorite authors, Kevin Hearne, I was beyond excited. My wife and I are both HUGE Iron Druid fans, so for me this was like a match made in heaven. I’ve had both the e-book and the audiobook preordered for over a month and I had both downloaded to my phone as soon as they became available. I devoured the entire thing over the course of a day.

I’m not going to go into details about the story because I always hate it when reviews do that. If you’re reading this to see if the book is worth buying before you read it you don’t want some yahoo ruining the experience with an outline of the whole story; and if you’ve already read the book and you’re just here to see what I thought then you’re not going to want a rehash of a story you already know. So here’s all you need to know about the book for the purposes of the review: the book is set between A New Hope and The Empire Strikes Back and it’s told from Luke’s point of view. Admiral Ackbar and Leia send Luke off on a mission along side a new potential love interest. Hijinks ensue.

So, did the novel live up to my expectations?

What I Liked
It was exactly what I expected Kevin Hearne to deliver- a fun, entertaining, quick read. This is not a thick, 400+ page novel with an intricate plot and a massive cast; and that’s not a bad thing. The story Hearne weaves here is a more contained, personal story for Luke. He’s not saving the galaxy. There’s no huge threat. It’s Luke completing a series of connected missions for the Alliance while he tries to figure out more about the Force and how he’s supposed to learn to be a Jedi without a teacher. Hearne’s light, often humorous, style fits Luke perfectly at this stage of his life, and is a great lead in to Jason Arron and John Cassaday’s Star Wars ongoing comic from Marvel (which if you’re not reading, you should be).  It’s a smaller, more intimate story, but it isn’t just a fun throw-away tale. Through the course of the novel it helps to answer the question that most fans had when they watched Luke call his lightsaber to his hand while he was hanging upside down in the wampa cave during The Empire Strikes Back – when did he learn to do that? Hearne helps to fill in some of those gaps between the movies with important development for Luke’s character. It was also a really great idea to tell this story from a first person perspective, as it helps the reader to really connect with Luke as a person as opposed to him just being some overly powerful hero archetype as he’s been so often portrayed in the past.The new character that Hearne introduces, Nakari Kelen, could have easily been a one dimensional stereotype but over the course of the novel Hearne fleshes out a fun, kick-ass female character that has great chemistry with Luke.

What I Didn’t Like
The pacing was a little too quick in some places. Events early in the novel are often easily completed and then glossed over to get to the next set-piece. I’m glad that Hearne didn’t drag out unnecessary transitions, but I wouldn’t have minded if he took a little more time fleshing things out. Also, there was one instance where a “reward” for Luke’s help is a little too convenient for the plot, as it becomes needed just a few pages later. That said, these are very minor gripes to an otherwise well written story.

Heir to the Jedi was an enjoyable, satisfying read and I’m hoping that Kevin Hearne will come back to that galaxy far, far away again some time.

Who Will Like It: Anyone Who’s Seen the Star Wars Movies/ Star Wars Fans/ Any Fan of The Iron Druid Chronicles

J.R. Broadwater is the author of the non-fiction book Down with the Thickness: Viewing the World From a Fat Guy’s Perspective, the sci-fi detective novel You Only Die Twice, the fantasy novels The Chosen: Rebirthing Part 1 & 2, and the superhero tale Just Super, all available now in digital and paperback formats. Sample chapters and more information about these books can be found here. Kindle editions are all available for $0.99.