Better Living Through Modern Chemistry: Struggling With the Stigma of Mental Health Treatment 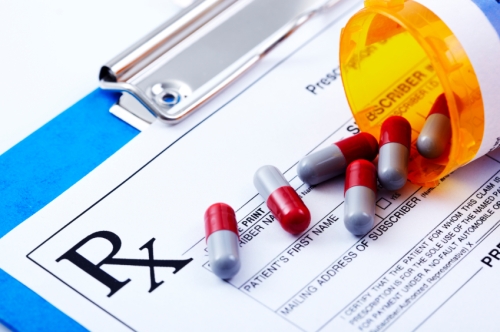 I’ve struggled for most of my life with depression, anxiety, and suicidal thoughts and impulses. In fact, the first time I tried to commit suicide I was eleven years old. This isn’t exactly a secret. I’ve been pretty open about it in recent years; but that wasn’t always the case. As a kid/teen I didn’t talk about it much because it (understandably) freaked my parents out. As I got older I didn’t talk about it because I was a youth pastor, and who wants to trust their kid with someone that may be unstable? In positions of trust and leadership, where people look to you for help, guidance, etc. it’s particularly difficult to struggle with your own stuff. In my experience, particularly within the ministry, there was a rampant mentality of “fake it ’till you make it.” You might have other pastors that you trust enough to open up to, but generally you try to put on a facade that you are the rock that people can count on. Anyone who pays any attention, especially to recent headlines, can see pretty clearly that this approach really sucks and almost always ends with said person self destructing.

Thankfully that never happened to me in my professional life. Medical issues caused me to go on disability before things ever got that far, but that doesn’t mean that the self-destruct timer stopped. When I was a younger man my “episodes” of deep depression and suicidal impulses tended to happen pretty sporadically. Maybe once every few months something would trigger it and I’d have to go somewhere on my own away from people, usually in a dark room or out to a park somewhere, and deal with it until it passed. It’d be a little touchy for a few days, but it’d fade and I’d be mostly fine until the next time. The depression and anxiety never really went away. It was always there, slowly building, like air pressure, until finally I just couldn’t hold it back anymore and I needed to vent it. As I got older, the time it took for that pressure to build was getting shorter and shorter. It went from a bad episode a few times a year, to once a month or so, to once a week, until eventually in the last two years it became almost a daily struggle.

I swear, if we were Catholic I’d put my wife up for sainthood. We’ve only been married for three years, and she’s had to deal with this Jekyll and Hyde thing with me for a majority of it. She’s always been incredibly loving, understanding, and supportive, but eventually I decided that enough was enough and I just couldn’t handle it anymore. It wasn’t fair to my  family. I needed help. I was adamant that I didn’t want to take any medications. There’s a horrible stigma surrounding psych meds, and I didn’t want to turn into a bigger basket case than I already was. I started with therapy instead. While it was helpful in many ways, it wasn’t what I needed. He gave me someone to vent to. He offered helpful suggestions for ways to approach things that were frustrating me, but they were just delaying tactics to help vent pressure here and there.

Finally, after a particularly bad episode, I decided to give medications a try. The first one I took was horrible. Instead of helping the depression and anxiety it amped it up a hundred-fold. It was incredibly scary, and luckily I wasn’t on it for too long. That experience made me hesitant to try anything else, but my wife encouraged me to try again with something different. This time my doctor prescribed me Prozac.

For the first time in years, I started feeling like myself again. A weight I’d gotten so used to carrying that I didn’t even realize how much it had weighed me down was suddenly was gone. It wasn’t a cure-all. The depression and anxiety are still there, under the surface, but it’s like I have a protective bubble preventing them from touching me. I went from being clinically depressed every day, and having suicidal thoughts and impulses almost daily, to having no major episodes in almost two months. The difference really is like night and day, and my only regret is that I allowed pride and the negative stigma surrounding treatment to keep me from trying sooner. So, I wanted to write this as an encouragement to others who, like me, have been struggling with mental illness.

It’s okay. Really, it is. I get it. I get the embarrassment. I get the worry of what others will think. I get the fear of judgement and being thought of and treated differently.

Suffering every day is just not worth it. The people that really love you will still love you regardless. They’ll want you to get help. It doesn’t make you weak. In fact, it takes far more strength and bravery to admit that you have a problem and seek help than it does to be stupid and pretend that you’re fine. Don’t wait until the self destruct timer reaches zero.  Talk to someone. Get help. Weigh your options and keep trying until you find what works for you. It may be therapy. It might be medication. It might be some combination of the two. Regardless, you owe it to yourself and the people you love to get the help you need.