Rant Alert: The Separation of Church and State and Same Sex Marriage 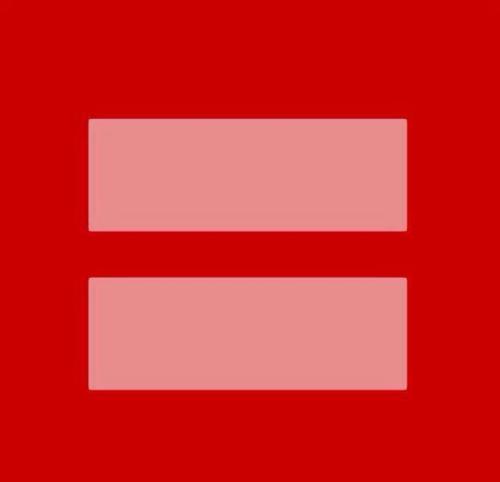 Most of you who may pop by here on the irregular basis that I post something, or who has read at least one of my books and happened to glance at the “about the author” section, knows that for roughly 15 years I was a non-denominational minister. I try not to bring up the subject of religion a ton, especially here, because it can be such a divisive topic, even among those who proclaim to believe the same thing. However, with the legality of same-sex marriage barraging the news, media, Facebook, and just about everywhere else, I felt it was time to address the subject. I am for the legalization of same sex marriage because I believe, from a legal standpoint, homosexuals deserve the same rights as everyone else. It has nothing to do with morality and everything to do with legality. It is a civil rights issue. However, the more vocal of the religious community, and those with a social media account and too much time on their hands, feel the need to evangelize the masses and let everyone know how wicked it would be for gay people to be legally married so they could have insurance and see each other in the hospital. God wouldn’t like that, you see, and it would kick-start the apocalypse, the water would turn to blood, and everyone who supports it will suddenly find 666 on their forehead.

I would like to quote a Lutheran Pastor, John Rallison, in regards to this issue, and why all those “Christians” should probably just stop talking:

“The moment I argue society’s acceptance or rejection of homosexual marriage based on my faith, I am on dangerous ground. We do not want our government establishing a religion we want because, of course, they might later establish a religion we do not want. By seeking to impose on others a definition of marriage based on my faith, I am paving the way for someone else to impose legal restrictions on my behavior based on their faith. I certainly don’t want my wife to be forced to wear a burka because one day the majority of people in America believe that the burka is God’s highest design for women’s dress.”

There is a reason why the founders of our country felt that separation of Church and State was a swell idea, and Pastor Rallison sums it up pretty well. You see, that door swings both ways, and once we start down the path of dictating law according to religious beliefs, one day those laws won’t necessarily reflect the beliefs you may cling to.

More to the point- it’s none of your damn business.

There, I said it. Whether two men or two women want to be legally married and live their lives together- it’s none of your business. It doesn’t affect you, the sanctity of your marriage, or your relationship with God. If it does then I would suggest that perhaps the problem is not actually same sex marriage, but is instead a personal issue that you should examine and address. I know people don’t like to be told that personal issues such as this is none of their business, because everyone wants to make everything about them, however that doesn’t change the fact that it still. Is not. Your business. Your business is that which affects you, your family, and your affairs. Unless you happen to be homosexual, this topic does none of those things.

On the religious side of things: tell me something, oh you of sanctified faith. If Jesus is the ultimate example we all should be living by, then why is it you feel the need to do the exact opposite of the example he set? Show me a passage where Jesus preaches against Rome and demands that Roman law mirror that of the Jewish faith. In fact, many of those who turned on Jesus did so because He DIDN’T do this and they expected, that as the Messiah, He would. Show me where he utterly condemns someone based on their lifestyle. Last time I checked, His response was “Let he who is without sin cast the first stone.” Show me where He ever implied that God “hated” ANYONE. Hypocrisy in the name of righteousness is still hypocrisy, and you only continue to hurt not only your witness but His by going forth in a self-righteous, holier-than-thou manner, as opposed to displaying the same love and compassion that He did. I think Jesus would be ashamed to see the way that so many who proclaim belief in Him carry on and represent Him. I think it’s shameful how they treat other people who don’t believe the same that they do- all under the guise of righteousness. It sickens me and is exactly the very thing that Jesus railed against. It’s pharisee-ism of the highest order, and then they wonder why so many “heathen” just can’t see that Jesus is the way, the truth, and the light? Why would they when you aren’t demonstrating it yourself by your lifestyle and actions!

Pro tip: telling someone that who they are is evil and they’re going to Hell isn’t the right way to go about it.

Try and remember that that other person believes just as strongly in their own beliefs as you do about yours. Try and remember that the world doesn’t freaking revolve around you and what you consider to be “right” and “wrong”. Try and remember the example that Jesus set, where you use love and compassion, not the whip and condemnation, to reach and help others. And for God’s sake, literally, stop invoking Him on your freaking Facebook page to back up your ignorant, hate-filled nonsense.

Maybe it’ll wake them up.

J.R. Broadwater is the author of the non-fiction book Down with the Thickness: Viewing the World From a Fat Guy’s Perspective,  the sci-fi detective novel You Only Die Twice, and the fantasy novel The Chosen: Rebirthing Part 1- all available now in digital and paperback formats. Sample chapters and more information about these books can be found here.