Here’s the first batch of character sketches for our new comic Failsafe, just to whet your appetite a bit. This is the main cast how they’ll look at the beginning of the story (as of right now). These are basically concept sketches, so things could change between now and the first issue, but odds are good this is pretty much how the finished product will look. Shawn talks a bit about the comic in the kickstarter video he and Jessie did. Be sure to check it out.

Mark and Evyn (Evy, for short) are twins. They’re also the children of former superheroes (though they don’t know that at first).

Mark is a former marine and is now a nurse. He cares a lot about people and wants to help where he can, sometimes to the detriment of himself. Personality-wise he’s like a combination of Clark Kent and Peter Parker.

Evyn is strong, intelligent, and in many ways becomes the unofficial leader of the group. She’s also a very talented artist but struggles with self confidence. 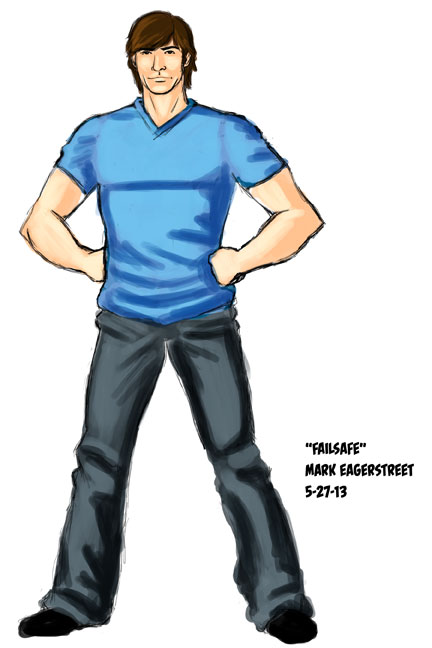 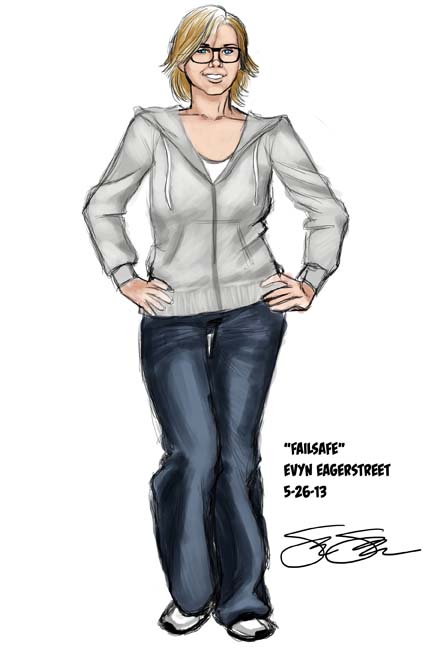